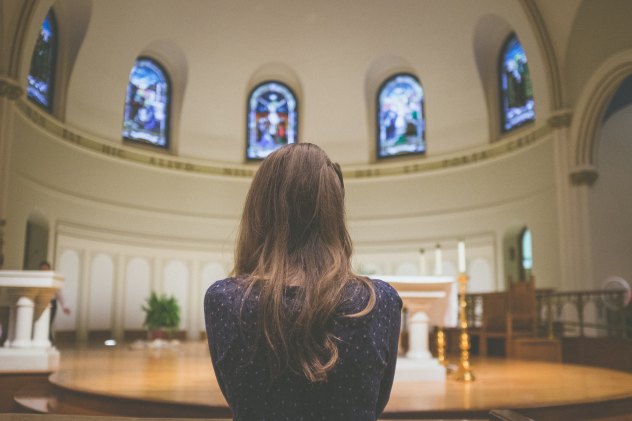 I knew my life would change after I became a Christian — but I was also surprised by how much remained the same.

I thought I was giving up Judaism…but Judaism, the religion, and being Jewish are two different things.

Somehow, I never stopped believing that Jewish spaces suddenly ceased to be my spaces. My family history and experiences were not wiped clean the moment my belief system changed.

I don’t know of any way to describe this without sounding exclusive, but the Christians who “have a heart” for Judaism and refer to themselves as “completed” Jews, or Jewish in any capacity, really can’t “get it” without having “lived the life,” so to speak (I’m talking about gentile Messianic Jews and Jews for Jesus here — not sincere converts to Judaism).

I’ve had run-ins with so-called “completed Jews” before, and have always wanted to say to them,

If you’ve never had to explain to your teacher after asking for an excused absence what one of the most important holidays of your religion is about, because she’s never heard of it before…

If you’ve never been targeted by anti-semites, lit candles on Shabbat, suffered through mandatory Hebrew school, or been trusted with recipes that no one wrote down because they were constantly on the move to avoid the pogroms…well, what is “being Jewish” to you, exactly? That Jesus was Jewish isn’t enough. Jesus was many things that we are not.

That’s hardly an exhaustive list of Jewish experiences, of course. But they are a few of mine. And they didn’t disappear from memory when I chose the Episcopal church.

While the world debates the meaning of a “true Jew” after Vice President Mike Pence had a Messianic rabbi deliver a prayer in honor of the Tree of Life shooting victims, I just want to remind people that being Jewish is not solely about what you believe. Being Jewish is just as much about where you come from, what you’ve experienced, and how you’ve lived as it is a set of doctrines (which Jews through the ages have never unanimously agreed upon anyway). Most Jews I’ve known put greater emphasis on lifestyle and character than belief.

It’s certainly not impossible to maintain belief in Jesus while practicing Jewish rituals. The question is whether it’s theologically consistent.

I have never had anyone turn me away when I’ve showed up to a service for Shabbat or some other holiday at my campus Hillel (as I do from time to time) when I explain, “This is what I grew up doing, and sometimes I just miss it.”

It’s still ingrained in who I am. Though I sometimes wish my story were less complicated, nonetheless my Jewish history is one of the defining characteristics of my life, and can’t ever be taken from me.

1 thought on “Why I still consider myself Jewish”